The mandobass, or octave bouzouki : there are 2 octaves on the neck of this bass guitar that is played like a bouzouki, you will find a few explanations about it in the video… There might be an acoustic model of this instrument in the future if I got requests for it!

GDAE or GDAD tuning, steel strings. Last model : the body is made of walnut, the soundboard is made of apricot tree, the bolt-on neck is made of maple, the fingerboard is made of chequer-tree. There’s an active Piezo mic (volume and tune settings), die cast tuning machines.

Here are the explanations given in the video:

The tuning is in GDAE, so you can play it like a bouzouki, but an octave below. What’s also interesting with this instrument is that you can have 2 scales at the end of the neck which is good as there is quite a fine range between the lowest string and the highest one (G and E) which allows to make chords, it’s not really like a bass, neither is it really like a bouzouki. The instrument becomes a mandocello when being played with a capo, the equivalent of a cello that is plucked. And then the 12th fret becomes the equivalent of a bouzouki. I made this instrument so that it could get guitar strings because you have to get quite a thin gauge for the last string, so I made the instrument according to the longest possible length of a guitar, that is to say I must have about a 820 mm scale. The instrument can be made in alto version (CGDA which gives a highest pitch). There is an active piezo mic with volume and tune. I made a body that is hollower to get the most acoustic sound possible as well. It’s a soundboard, it’s hollow inside, the bridge is just pinched, the piezo mic is within the sounboard, which allows to make different harmonic settings for all the possible chords or strings. 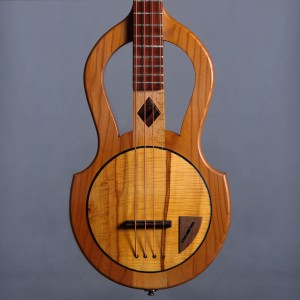 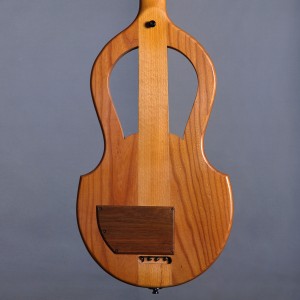 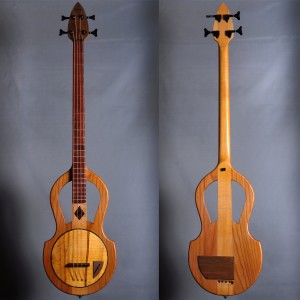 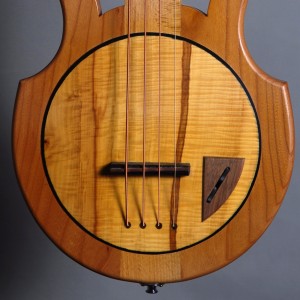 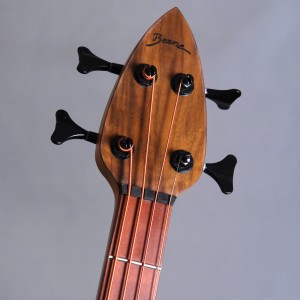 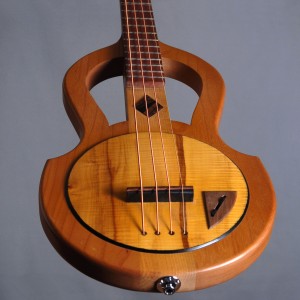 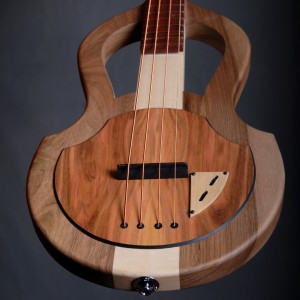 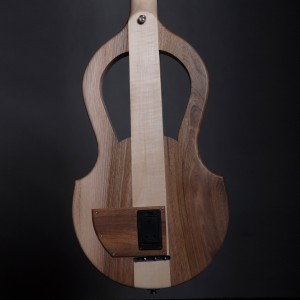 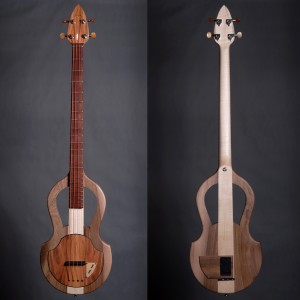 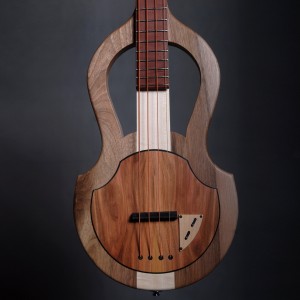 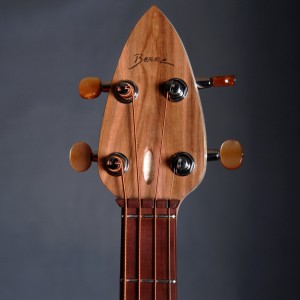 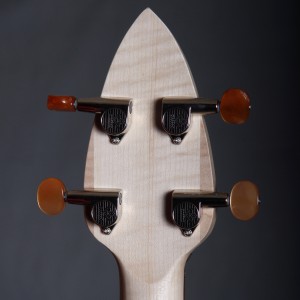 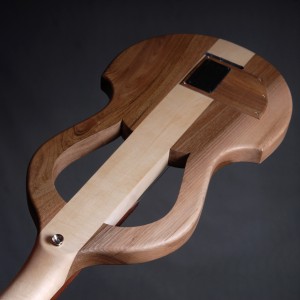 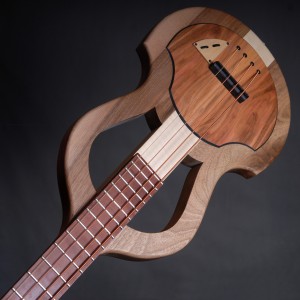 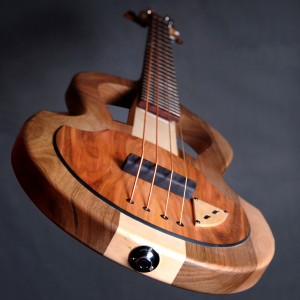